The Dormition: Icon of Hope

On August 15, the Dormition of the Mother of God is celebrated by most Christians in the world. The Church year begins on September 1, and the first Great Feast of the year is the Nativity of the Theotokos, making the Dormition of the Theotokos the last great feast of the year. It is entirely fitting that these two feasts – celebrating the birth and falling-asleep of Mary respectively – should buttress the entire church calendar. The Church calendar tells us the story of our Salvation in the traditional way, with the climax of the story coming in the middle, which is when Easter is celebrated, before ending in a way which is somewhat symmetrical and complimentary to the beginning. Therefore, the final “scene” in our story of Salvation is the Dormition of Mary, the Mother of God.
The Icon of the feast depicts various strands of the story in one single frame. The story is this:

At the time of Her blessed Falling Asleep, the Most Holy Virgin Mary was again at Jerusalem. Her fame as the Mother of God had already spread throughout the land and had aroused many of the envious and the spiteful against Her. They wanted to make attempts on Her life; but God preserved Her from enemies.

(Source: http://ocafs.oca.org/FeastSaintsViewer.asp?SID=4&ID=1&FSID=102302)
The miraculous transportation of the Apostles is shown in the top of the Icon, though the main scene depicted within the icon is the funeral procession itself. The Apostles are shown reverencing the body of the Mother of God: St. Paul at her feet; St Peter at the head with censer in hand.

Together with the Apostles are several bishops – indicated by their white sashes with crosses embroided upon them – and women. The bishops traditionally represented are James, the brother of the Lord, Timothy, Heirotheus, and Dionysius the Areopagite, who first recorded the story of the Dormition in the 2nd century AD. The women are Sepphora, Abigail, and Jael, along with other members of the church in Jerusalem.
The account of the impious Jewish priest is not shown in the icon above, but is usually shown, as it is in this Dormition Icon. At the top centre of the icon, the unwitnessed assumption of Mary’s resurrected body into the open gates of Heaven.

Yet the main aspect of the Icon – to which all eyes are inevitably drawn – is the image of Christ in Glory holding the pure soul of Mary in His arms, shown as an infant. The parallel between the image of the God-Man Jesus holding the child-like soul of Mary and the image of the Mother Mary holding the Christ-child in her own arms is, of course, deliberate. The title of “God-bearer” is given to other Saints, such as St. Ignatius. To carry the Word of God, Jesus Christ, within us is the calling of all Christians: to bear Him spiritually within us during our lives, and shine with His glory. The “reward” for this in our earthly life is suffering at the hands of enemies, even to the point of martyrdom, as in the case of St. Ignatius. Yet the reward after our repose is that God bears our soul into His own hands and carries us into eternity, as we carried Him, for just a short time.
Elsewhere I wrote that no human being resembled Jesus Christ – the Son of God – more than His Mother, Mary. And yet this does not make the Theotokos the great exception to the human race, but the great exemplar. Jesus Christ Himself corrected the woman who shouted that Mary was blessed because she had the honour of being the Mother of God:“yea, blessed are those who hear the word of God and keep it.” This is why Mary is blessed – because more than any other person she heard the words of her Lord and kept them. This path toward Heavenly joy is open to us all.
And just as we look to Mary’s life for an example, we look to her bodily death – in this Icon – for hope as to where such an example leads us. The hope is in the bodily Resurrection and the life of the age to come. Both are shown in the Icon: the bodily assumption of Mary into Heaven, as well as the commendation of her soul into the hands of Jesus Christ.
Like those who gathered around the body of the Virgin Mary, we gather around our departed loved ones and commend their souls into the hands of Christ. As we remember those who have reposed in the faith before us and have passed on into the communion of the Saints, we prepare ourselves to one day be received into the new life of the age to come. 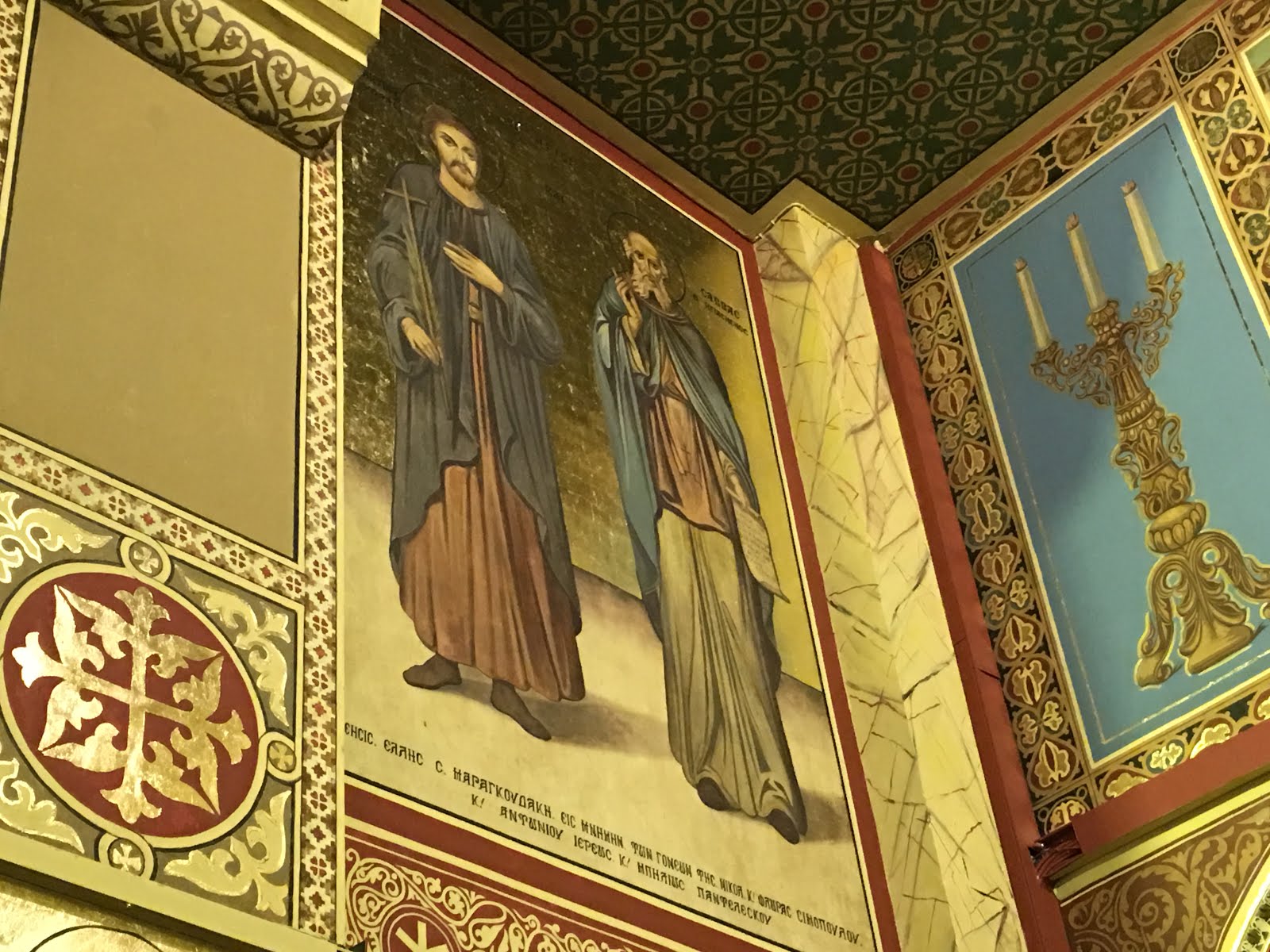 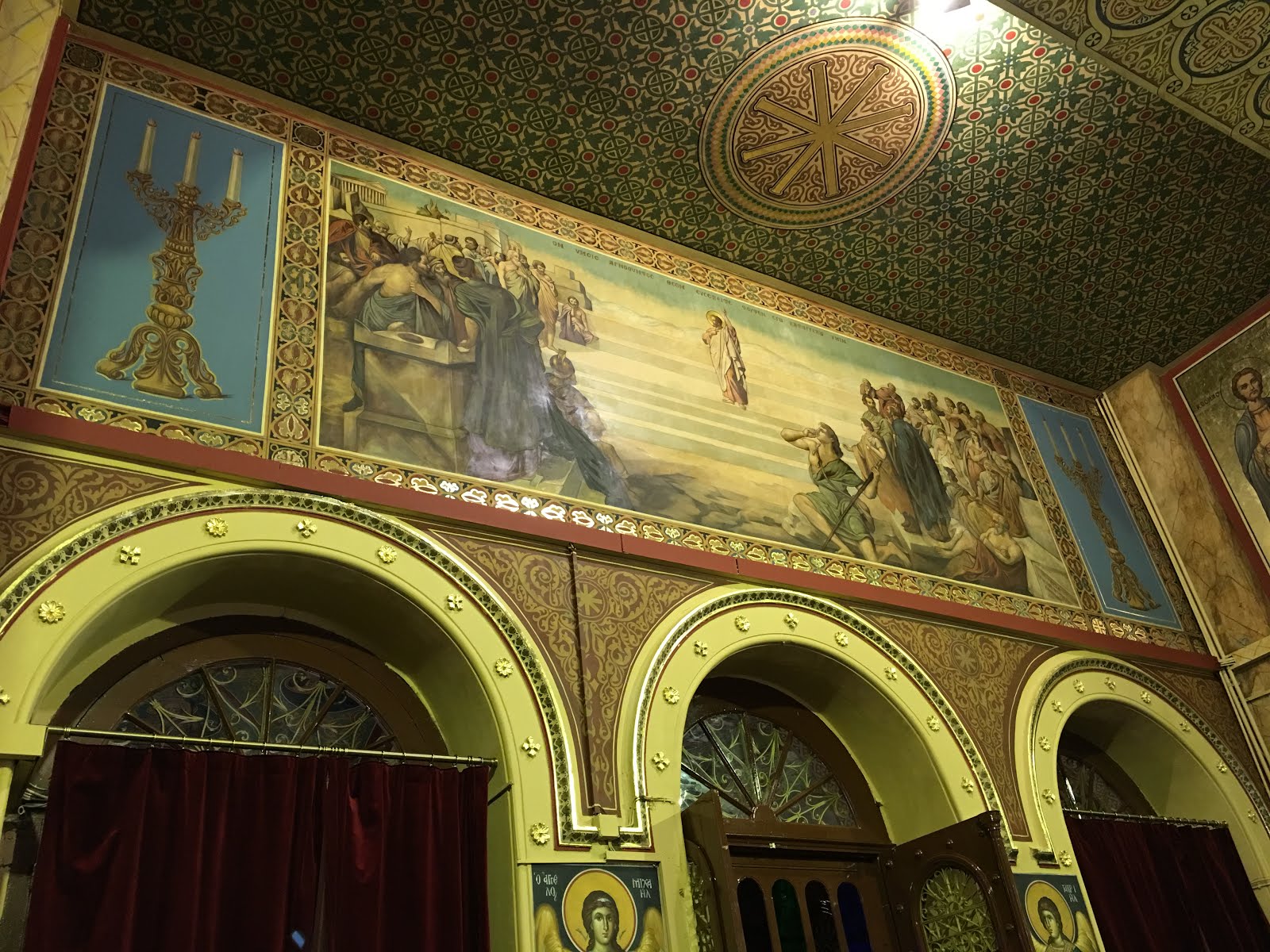 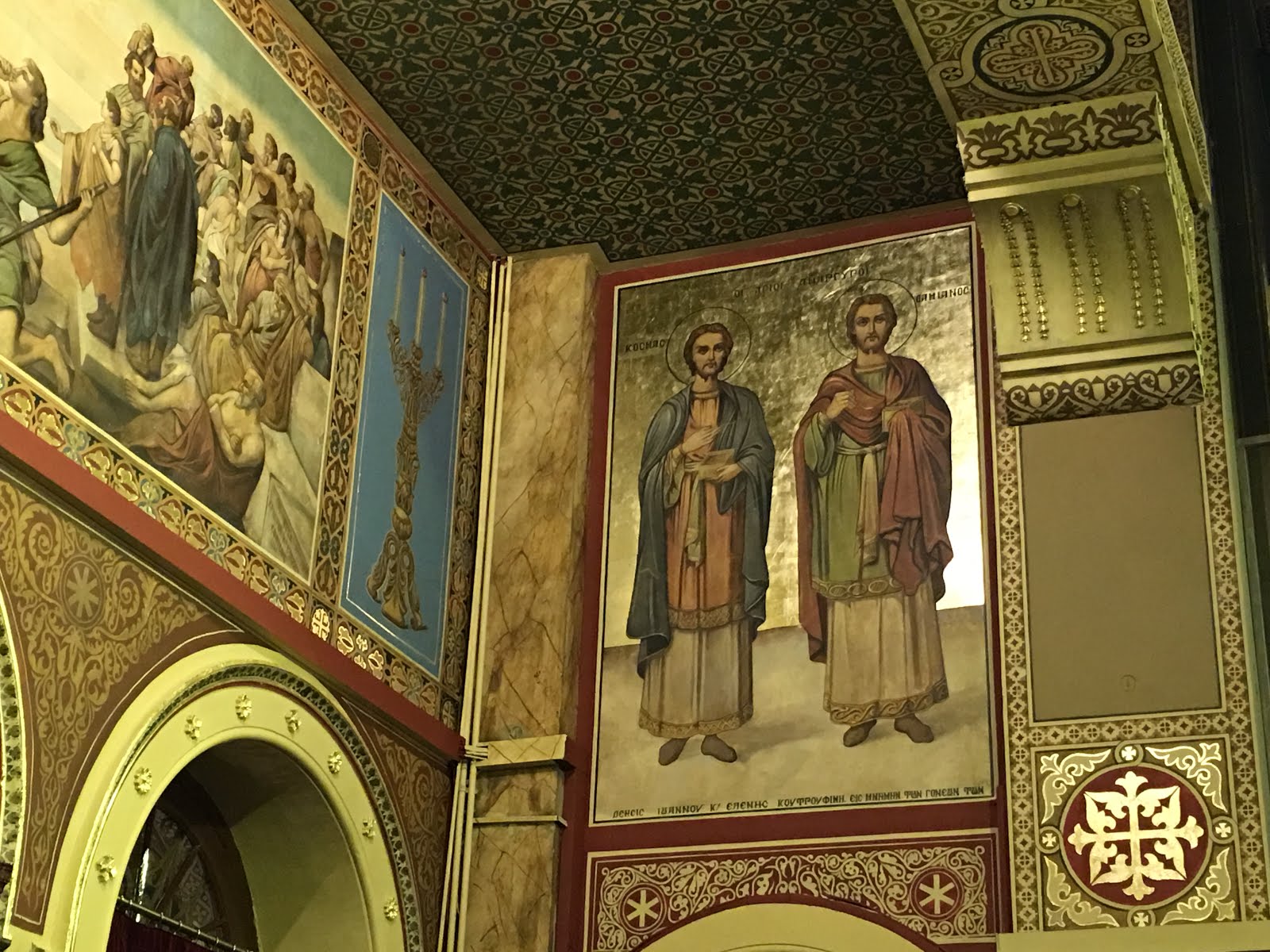 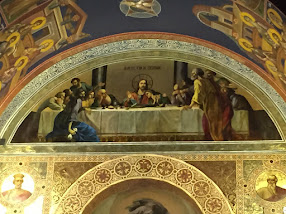 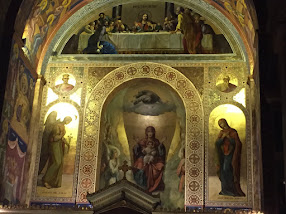 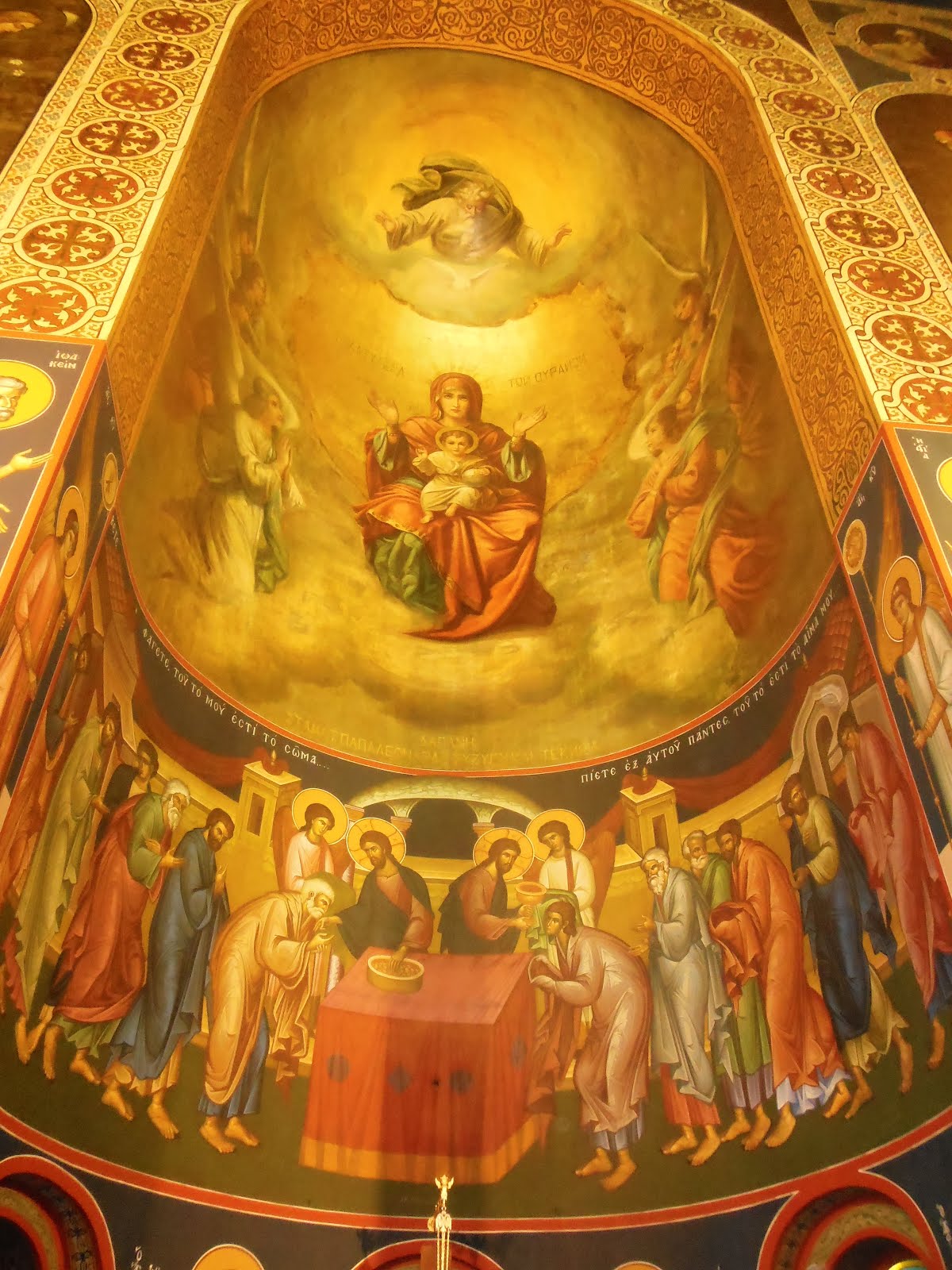